It seems to me that there is no worse time for public, scientific discourse to be polarized than in the midst of a deadly pandemic that is affecting us all, directly and indirectly. I’ve decided to share a few examples of what I consider to be unhelpful “friendly fire,” though other examples are sadly too numerous to count. I’d previously shared a thoughtful thread from Francois Balloux, director of the UCL Genetics Institute (he and fellow researchers published the very first comprehensive analysis of SARS-CoV-2 genomes). Balloux compared and contrasted the current pandemic with other viral pandemics of the past, including the 1957-58 and 1967-68 pandemics, which resulted in the deaths of millions around the world. Unfortunately, because these were both flu pandemics, this earned Balloux the ire of fellow scientist Luca Ferretti. 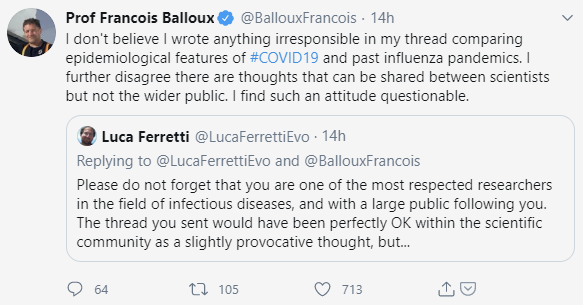 It seems hard to reconcile adamant public statements minimizing the historical public health impact of influenza with equally adamant statements that the COVID-19 pandemic could be as bad as the 1918 flu pandemic…which was, again, a flu pandemic. Aside from minimizing past viral pandemics with death tolls in the millions, I’m also deeply worried that the tone and insistence in these public statements could have lasting repercussions on public perceptions of the threat of influenza (estimated to result in hundreds of thousands of deaths globally every year) long after the current pandemic has abated. I believe it’s possible that we could we see further declines in influenza vaccination as a result of this public messaging.

Another example involves an argument between Natalie Dean, a scientist at the University of Florida who specializes in emerging infectious diseases and vaccine study design, and Rebekah Jones, a geographer who was fired from her data manager position at the Florida department of public health after refusing to alter the state’s case data to align with reopening goals (Jones calls herself “Insubordinate Scientist”). This exchange seems to center on a misunderstanding of antibody tests; Jones maintains her own Florida coronavirus dashboard but combines PCR and antibody test results to indicate the number of active infections in the community. Dr. Dean points out why it’s important to distinguish between what the two test results mean and why a false negative antibody test does not imply that an individual is infective. 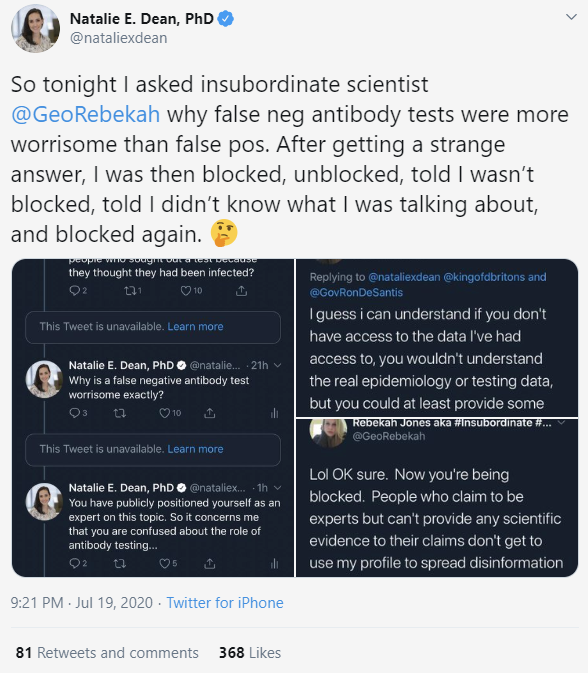 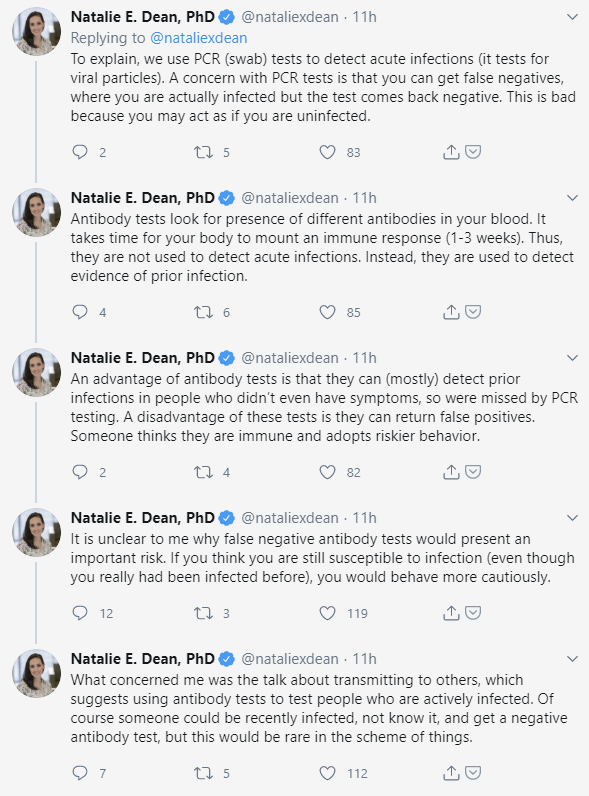 Another example involves infectious disease specialist, Lynora Saxinger, M.D., who posted a lengthy, thoughtful thread detailing her concern that public health messaging has tended to exclusively focus on mask-wearing as opposed to social distancing and hand hygiene despite the fact that the latter two interventions (especially hand hygiene) have stronger evidence for efficacy. In fact, evidence for mask use by non-healthcare workers to mitigate the spread of respiratory viruses remains murky, as Dr. Saxinger points out in an excerpt from her thread below. The MacIntyre study Dr. Saxinger mentions was a cluster randomized trial in which continuous cloth mask use actually resulted in a higher rate of influenza infection than in the control arm (the control arm was “standard practice,” which involved mask use by many participants). Considering that the World Health Organization changed their official stance on public mask use as late as June, it seems to me that being open and honest about the state of the evidence would put public health experts on firmer ground with the lay public as recommendations evolve. 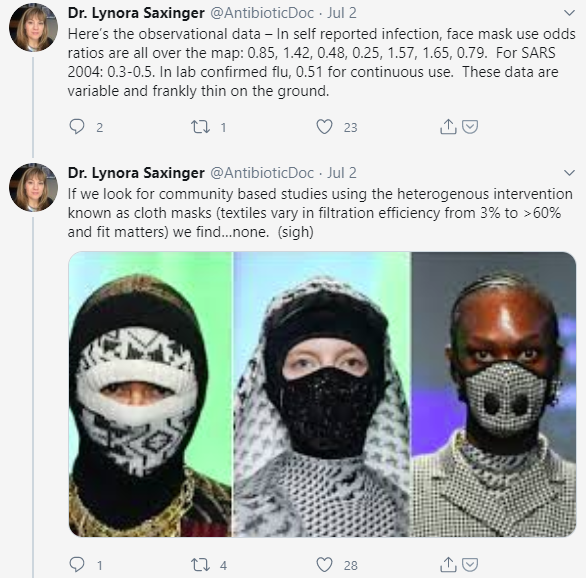 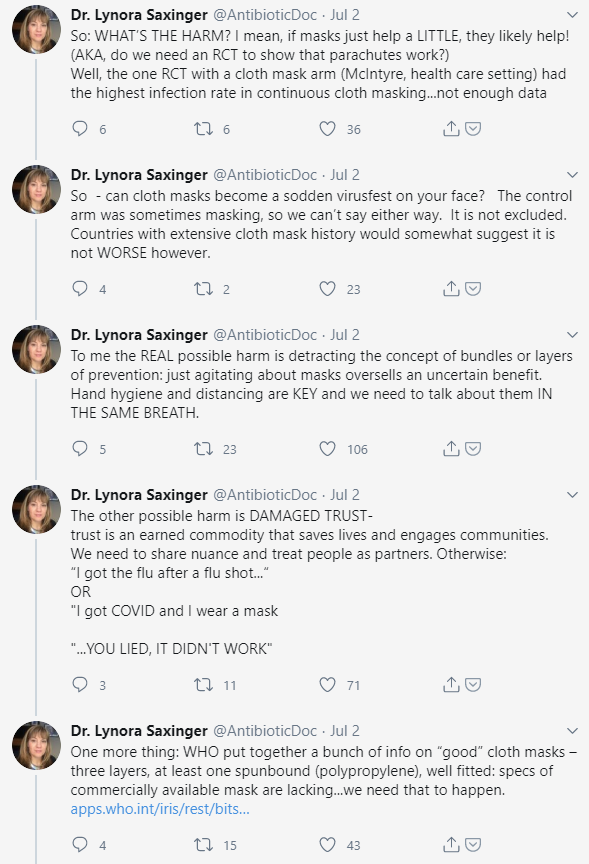 Fellow physician Amanda Hempel, M.D., does a good job in responding to some of the withering criticism Dr. Saxinger faced. 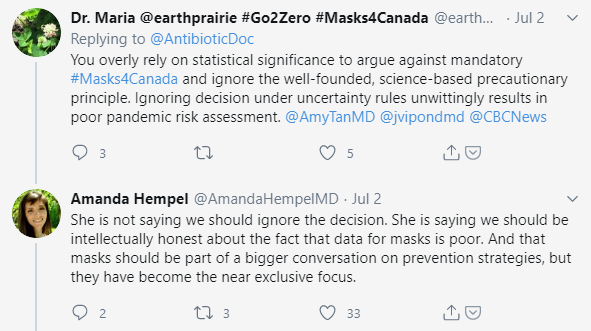 Dr. Saxinger discussed the issues in more depth on Plenary Session, a medicine, oncology, and health policy podcast by Vinay Prasad, M.D. (disclosure: I’m a longtime fan of Dr. Prasad and the podcast).