A randomized trial published today in JAMA Network Open, with the useful visual abstract below. TL;DR: Participants who viewed videos using indirect or redirection language perceived the physician to be more optimistic than those who viewed a video of the physician answering the question directly. This is troubling because it suggests that that the families of patients with poor prognosis in the ICU can misinterpret physician assessment depending on how that assessment is delivered. While “indirect or redirection language” may seem subjectively gentler when delivering bad news, it may also inadvertently convey a false sense of optimism. 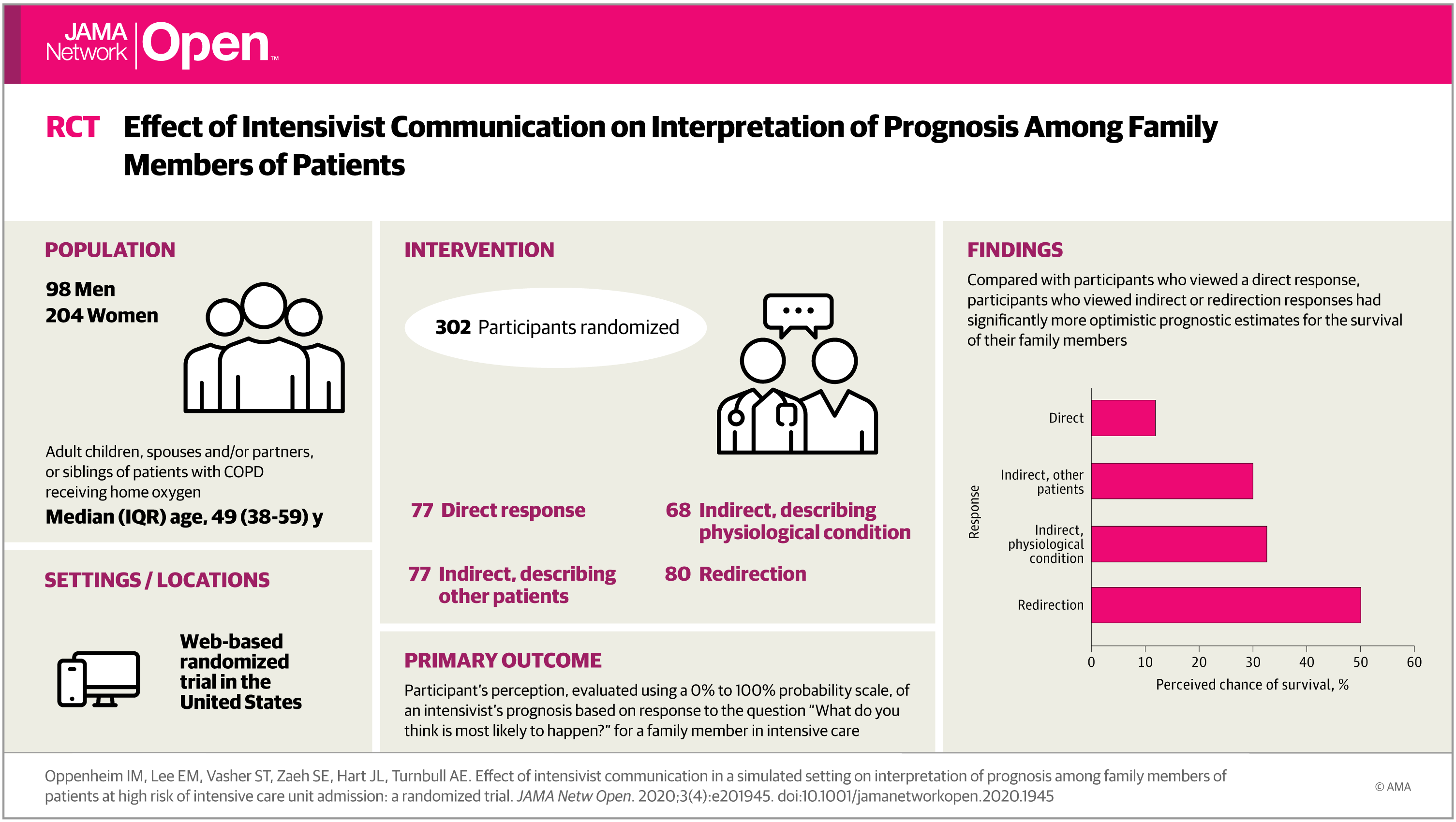 The full article is very much worth reading. https://jamanetwork.com/journals/jamanetworkopen/fullarticle/2763664

A video showing the intensivist responses is available here:

The authors point out that a majority of family members were confident they understood the prognosis regardless of which response was viewed (emphasis mine):

“Additionally, approximately two-thirds of family members were confident that they knew what the intensivist thought about prognosis, and approximately three-fourths of family members were confident that they understood their loved one’s prognosis regardless of the response viewed. This confirms that asking families to evaluate the clarity or completeness of communication during family meeting is unlikely to be fruitful, a finding previously seen in a study of ICU surrogate decision-makers.14 This finding also supports the importance of asking family members to explain what they understood in their own words, such as in the ask-tell-ask technique,42 when assessing patient and family understanding in the clinical setting.”

“The significant differences in participant perception of intensivist prognostic estimates suggests that common ways physicians answer questions about prognosis are not interchangeable or simply a matter of style. Speaking indirectly about the prognosis for a patient who is critically ill is commonly viewed as a way to communicate bad news without causing psychological harm. Our findings suggest that indirect statements about prognosis are not simply gentle versions of direct statements. Instead, they are interpreted by family members as evidence that the speaker is more optimistic about the patient’s outcome.”